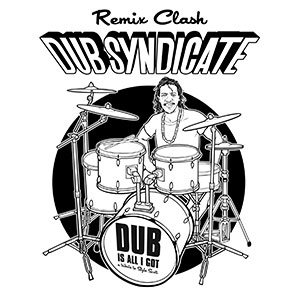 In October 2014, Lincoln Valentine Style Scott was murdered in his house in Manchester, Jamaica. He was 58 years old. At that tim he had just finished his work on “Hard Food”, the first album released by his Dub Syndicate since “No Bed of Roses” in 2004. Dub Syndicate’s first studio album for eleven years, an event that was to be a joyous celebration with friends, has now become Style Scott’s legacy.

NOW, exactly one year after his death – the new dub scene of Europe will tribute to this legendary drummer. The trademarking song “DUB IS ALL I GOT” will appear in 14 different version and excursion as a kind of REMIX Clash. A fascinating and splending bass experience and in the very sensitive way the remixers and admirers paid tribute for is more than excellent…!
With Style Scott the reggae world, and indeed the entire world, has lost one of its best drummers. His unexpected, tragic death is devastating for his friends and family, to whom we express our deepest sympathy. At the same time, Style’s music – both sounds and lyrics – reveal that his life was rich in warmth and harmony. His death has made our lives poorer.

As a „Special“ bonus ( exclusiv on CD) you can find the singletunes of Style Scotts DRUMs as well as the Bass by Flabba Holt for doing your own remix – as a tribute to Sty Scott.

Do your own Mix/Remix. We deliver you DRUM & Bass and you can ry-style the rest: 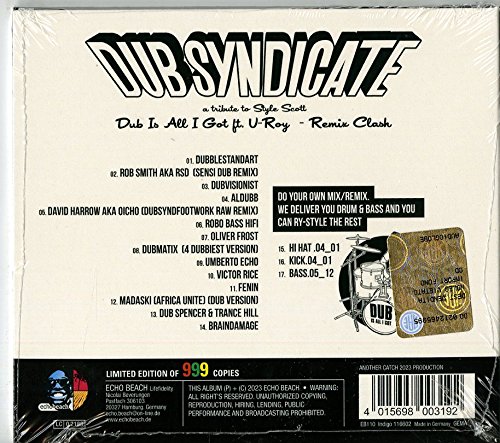